Clowns…because it’s been too long.

Okay, technically this guy’s not a clown, he’s a hobo. But they fill the same basic ecological niche, as far as Aisle 14, “Miscellaneous,” goes. Clowns are really life’s worst-case scenarios, and hobos are their spiritual cousins in the thrift ecosystem. So. Leer with me now. 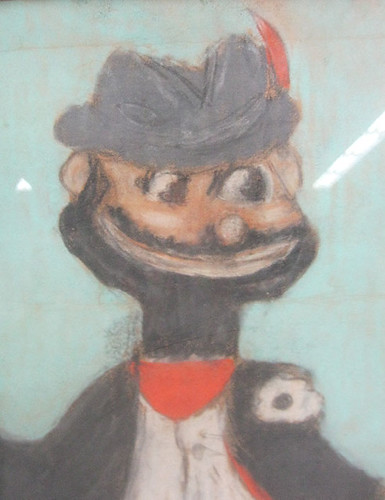 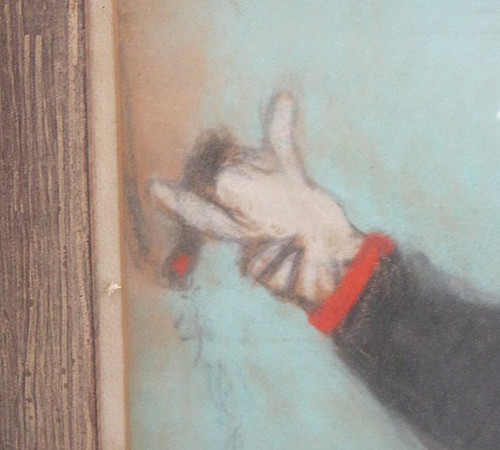 Sock puppet? Arcane gesture beckoning eldritch forces beyond our reckoning? You be the judge. I’m thinking, extraterrestrial life. And he’d STILL be a better catch than Sally’s last boyfriend.

Behold Him in His glory: 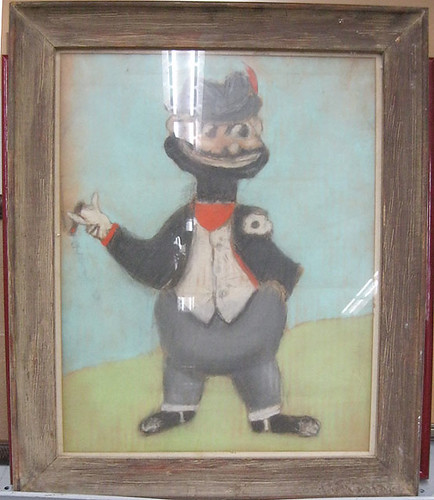 I think he ran out of cigars a few weeks ago and tried to smoke his own foot. What’s wrong with that appendage? 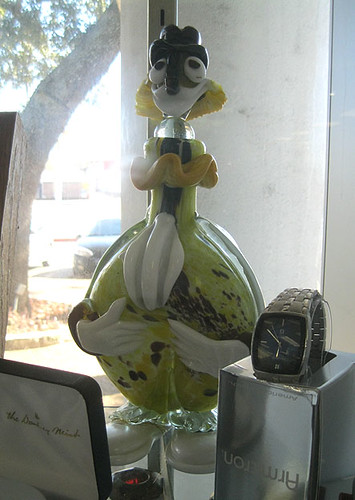 Back to the strange intersection of extraterrestrial life and clowns. It’s not so much that there’s something wrong here as that nothing, nothing at all, is right. But really, we could just stop at his strange torso. Most people I know of don’t have their hands grafted to their knees. It’s not often done, not in a sane universe. Sure, maybe on the Muppets, but is that a sane universe? No. Maybe he’s from an alternate earth, some variation of Terra-Prime where life evolved not from one-celled organisms, but from donuts and crullers. Massive pastryform creatures wobbling across the land, desperately trying to hold in their strawberry filling, hoping to be able to make it to the glazepool before they drew the attention of Kolachesaurus Rex.