New from the makers of “Chia-Zoo” and “The Shining” comes…greenimals! Greenimals produce their own oxygen, smell like fresh lawn, and probably aren’t plotting against you!

Well, we’re not sure about that. 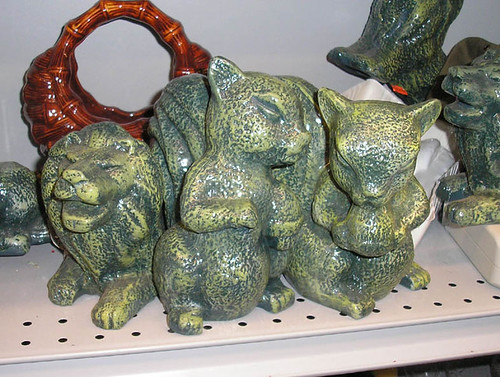 The squirrel in the middle is definately up to something. He’s got that slit-eyed, heavy-browed expression that says “there’s more in this world than acorns, and I’m going to take it.” Plus, either these squirrels are the size of lions, or the lions got thrown in the washer too long, because this scene is NOT to scale.

Perhaps they came from another dimension, through a fiery red portal, on the other side of which is a land where giant photosynthetic rodents ride mighty lion steeds into battle, and now they’ve emerged into our world, in their mossy greenish horror, to take it from our weak, pink, non-chlorophyllinated hands. Soon THEY will be having our fine dinners, driving our cars, and sitting in the first class section, and WE will be left holding their nuts. Or something. I’m not sure where I’m going with this. I’m really not. So here’s a guy with a cough drop for a head. 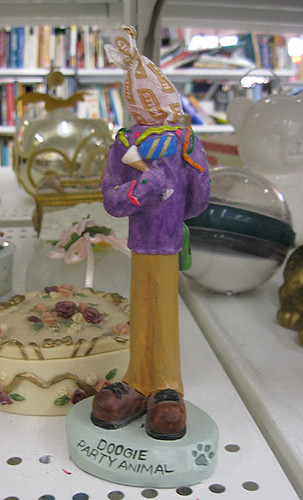 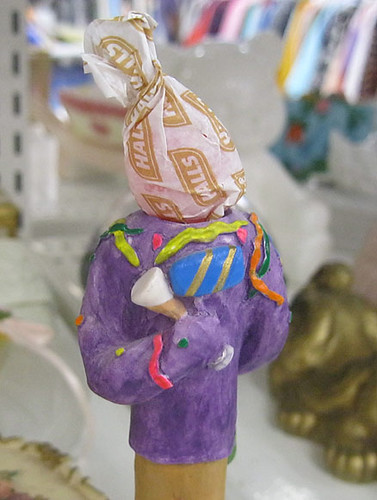 Greenimals from the Goodwill on 2222–in 2007, it’s been a while! Cough Drop Guy from the Savers on South Lamar, Austin.

One Response to “Sinister Moss-Squirrels and Captain Cough Drop”