I command you, cactus! 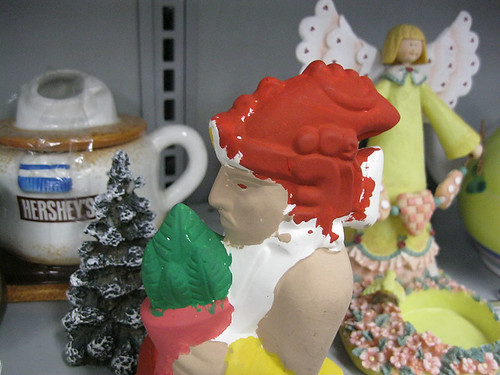 Using only the AMAZING HEAD POWERS granted to me by my magical blood hat, I shall control the very mind of this cactus!

Which is actually harder than it sounds. Cactuses are pretty sharp.

I’m not sure about wearing the aztec style headdress and the white tank top, though. It kind of looks like you’re wearing the bib there, Mr. Plant Guy. Or were the only guy to bring your cactus to the foam party. Not a good idea. The cactus would pop all the bubbles, and then everybody would think you’re not into the whole foam party headspace. 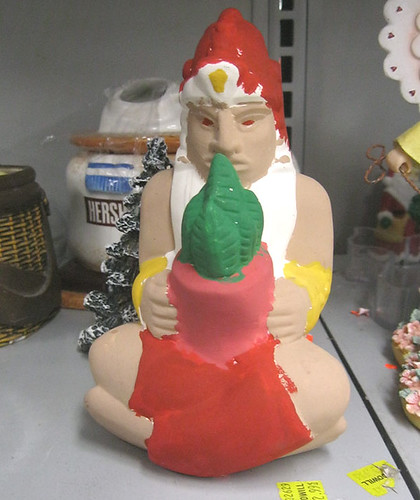 …Oh. I can see you’re in some sort of demonic trance. Please don’t let me get in your way. As you were. 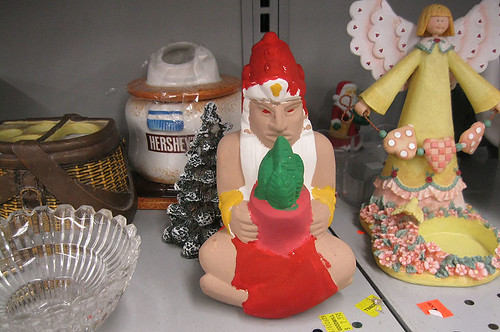 I would gladly buy a Dr Pepper for anyone who can tell me what’s going on here. Is this Quetztaplaxtal, the Aztec god of cacti and bangle bracelets, communing with his bride on the rocky cliffs? Just possibly. Is there a reason why he wears bloody leg-warmers? Yes. It’s probably a complicated metaphor for sex, or a rain-making ritual. Ultimately, sex is really just a complicated metaphor for making rain.

Now, iss he aiming is red-eyed baleful stare of infinite evil power at the poor cactus? And does the special blood-red hat of power with the golden concentration crystal let him channel his massive powers into the cactus? Perhaps. We’ll never know, though, because it’s a cactus, and honestly, they’re not good for much.