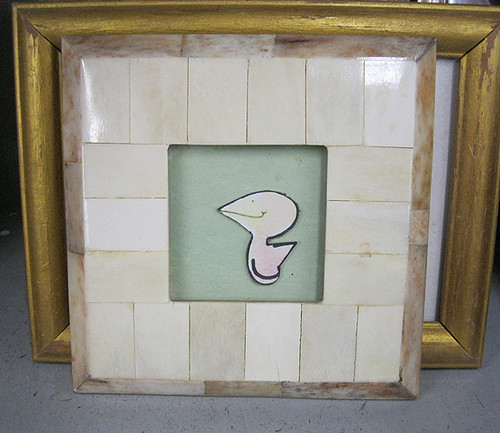 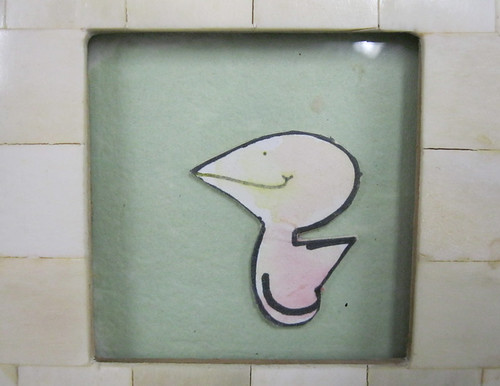 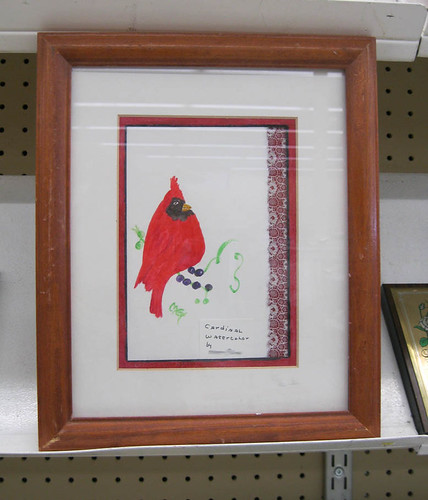 I’ll give a LOT of credit to the person that framed this. It’s got an element of clever to it. The lace against the matboard says “See, here, we cleverly juxtapose the simplistic and the ornate, in a manner not entirely unreminiscent of the stylings of the later Rococo artist, Eernst Van-Der-WhÃ¶Ã¶l-Shockley in his ‘Doiley’ period, but with a surly cardinal.” And you’d be RIGHT. The blue-black border around the red matting offsets the sullen red-and-black of the bird. And the half-revealed backing board at the top of the piece…well, that’s probably just basic “who gives a damn.” But the overall effect? Striking. 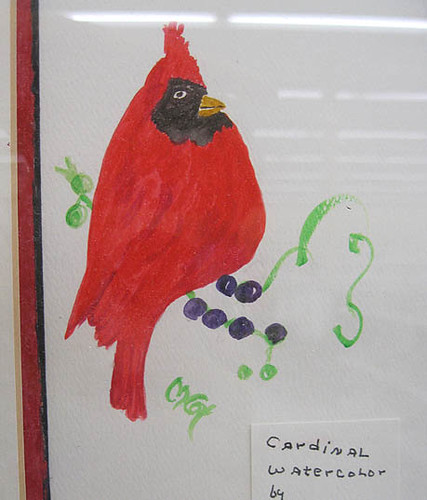