So…I’ve been sitting on this one for a while, mostly because I have no idea how to begin. The artist’s intent is clearly inhabiting some rarified level of the atmosphere which we are unlikely to ever see, for which, I think, I am grateful. Of course, there’s the smallest chance that the deepest meaning one can extract from some pieces is “ooh, I have a new copy of Photoshop!” I rather fear that’s where we are now. 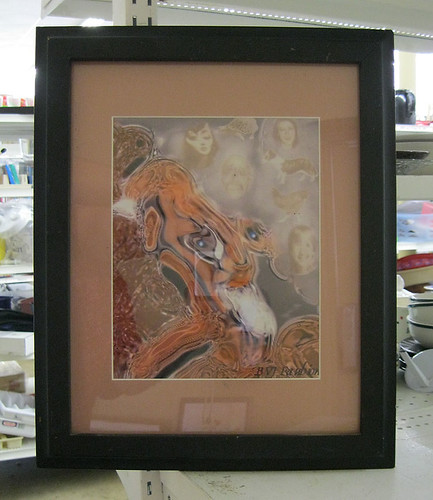 In this particular artist’s defense, at least I can vaguely understand what’s being represented. We are clearly dealing with an old man, or possibly a grossly distorted piece of produce, something from the “spud” family. With most thrift art, the whole “or it may be a potato” is always a possibility, even on a good day, so we just won’t address that. No, we are clearly up against “old man dreaming of the past.” And what a past! 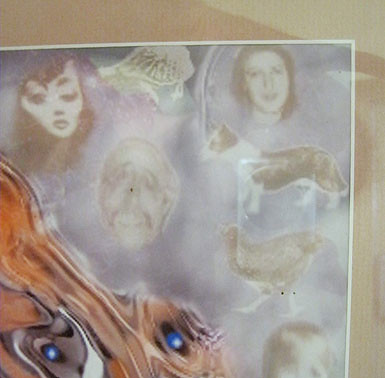 When I am an old man, I hope I have something better to fill my daydreams with than gross anatomical distortions. The strangely melty woman at the left looks very much like the cover model for Communion. But don’t hold that against her. Or him, he’s lifed a long and active life. I think it might have also involved giant one-celled organisms drifting like zeppelin through a gentle, pervasive mist, toward an apparition of “Our Lady of the Slightly Distended Corgi.” And then there was a rooster in there somewhere. Because, y’know, roosters. Like you do. 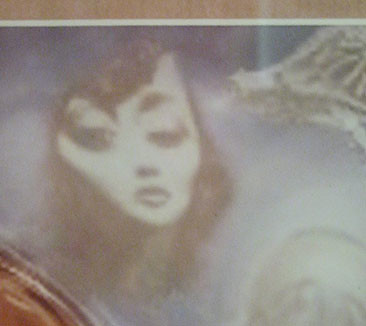 And this…I’m not sure if it’s a haunting memory or Startling Evidence. 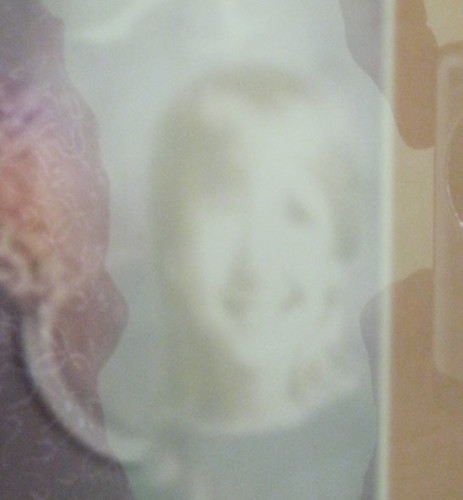 If we only understood what was going through his ancient, twisted mind, we’d know where the bodies really are.