So, I was puttering through Savers, and I saw a rabbit. The strange thing was, it was weirdly faceless, a blank staring thing like out of a “Doctor Who Easter Special” or something, where hordes of faceless rabbits animated by concrete space Mods attack the planet (or something equally absurd). It was, in fact, a picture frame, but seeing it all pictureless was a little scary, unpleasant, faintly surreal. Not unlike high school cafeteria pizza, possibly a little less edible. 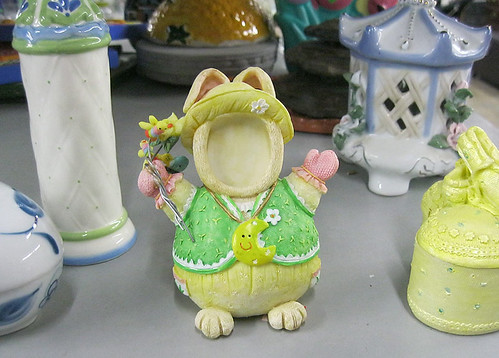 I thought “yes, this would be a lot cuter if there was a picture in it.” Obviously, that was the designer’s intent, why not honor them? It’s not meant to be faceless. Give it a mouth. Give it eyes, let it see. Give it a nose, let it twitch.

In view of that impassioned plea for anthropomorphics, Â just one face was appropriate. 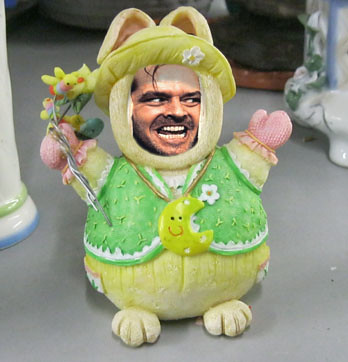 But this opened up a whole world of possibilities. 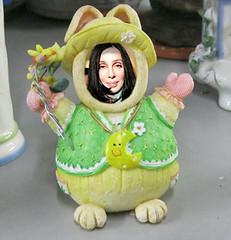 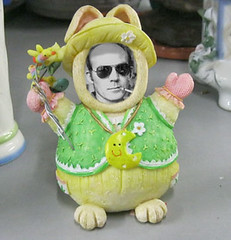 How about eternally semi-young quasi-diva, Cher? Or gonzo journalist Hunter S. Thompson? Those would be some AWESOME easter eggs. The colors would be fantastic. And the candies…well, just don’t eat the little red ones.

Or take it down a political angle with “Hope” Obama, and “The Gipper”? 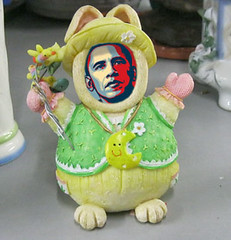 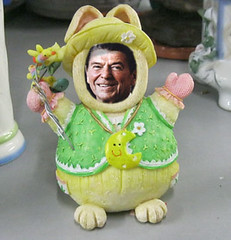 I’m personally in love with bunny Reagan. I would have totally voted for ANY candidate in a fluffy bunny suit. 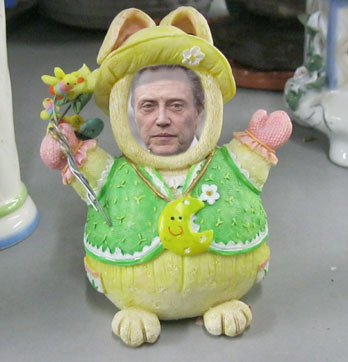 Hi, Chris. Your cold, deathlike stare is really impinging on the spirit of this festive upcoming holiday. Oh, I fear you, and I would fear you as a rabbit, too. The bunny suit would mean you had plans.

How about fresh-faced adolescent teen heartthrob, Justin Beiber, and for maximum contrast, gaunt writer of the weird and fantastic, the always horse-like H.O.P. Lovecraft? 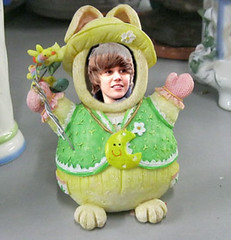 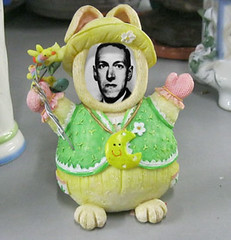 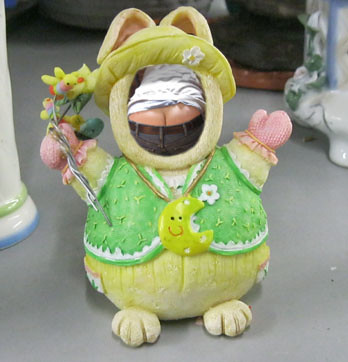 Would YOU like to Be the Bunny? Let us know, and the management will add it to our Easter Rabbitacular!

March 7, 2011   TV's Jacob
Uncategorized celebrities, it must be bunnies, politics

One Response to “Bunny…live the dream.”