I really try to avoid the more bibulous holidays. The fear is not that I might blow all my money on some stupid useless purchase that I couldn’t even begin to explain the next day, or say something I’ll totally regret and have it come back to haunt me for years, or even that I’ll swerve off the road and hit a nun. That’s pretty much every day stuff there. No, it’s that after enough green beer, anything starts to look pretty good. 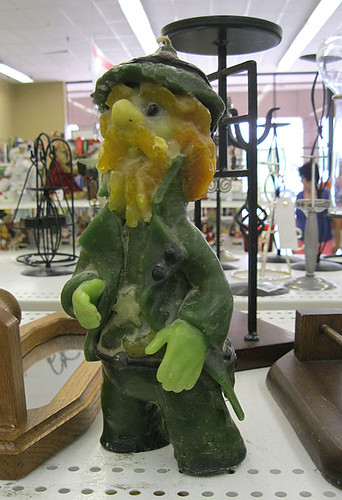 But you have to take a few steps back occasionally and say, “No, not even on St. Patrick’s Day. We have our pride.”

While I do think that it’s…interesting…that this fellow has so much magic in his pants that it’s escaped its bondage and crawling up his not insubstantial Guinness Storage Unit, I don’t like what he’s done with his hair. What I don’t like about it–well– 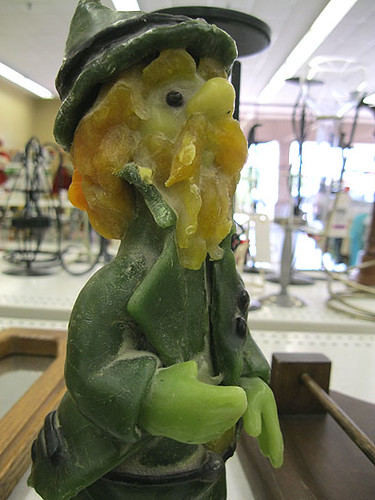 –what I don’t like is that he seems to have sculpted it out of an unwholesome mixture of egg yolk, mucus, and Aquanet White. At least he wore protective gloves. But he didn’t take them off afterward. 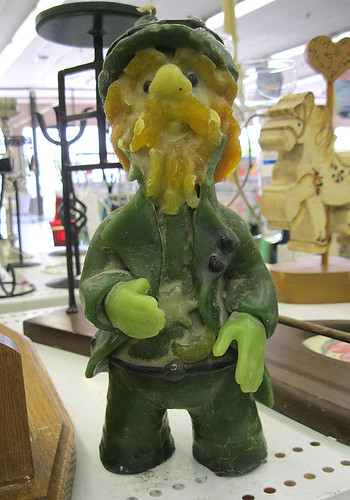 I do not like Green Hands and Beard. I find them odious and weird.

And if youâ€™re so incredibly, bizarrely distorted that even on St. Patrickâ€™s Dayâ€”even when thereâ€™s so much booze sloshed around that green beer starts making a strange sort of sense and â€œKish me Iâ€™m Irisâ€ actually works as a pick-up lineâ€”you STILL are going home alone, consider covering your hat in wax and setting it on fire. You never know. A lot of the girls I know really like candles.