You, Sagittarius, are a putz.

Sagittarius is one of the fire signs, masculine and energized. But you are the exception that proves the rule. Sagittarius, the centaur, is usually described as being half man, and half horse. But little or nothing is said about which half of the horse. 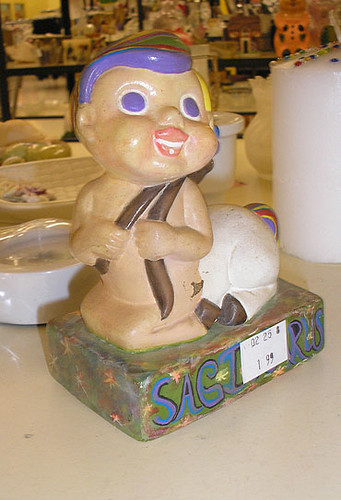 You are known for your cheerful, open-minded attitude. Your mind is so open that you may have been lobotomized. Have you considered becoming a Unitarian Universalist? To say that you, Sagittarius, are wide-eyed and innocent is to be laughably understated. Your eyes are not only wide, but are likely to have been replaced with grape “Spree“. But that won’t disrupt your cheerful, optimistic view of the world, because there is clearly nothing at all going on upstairs. 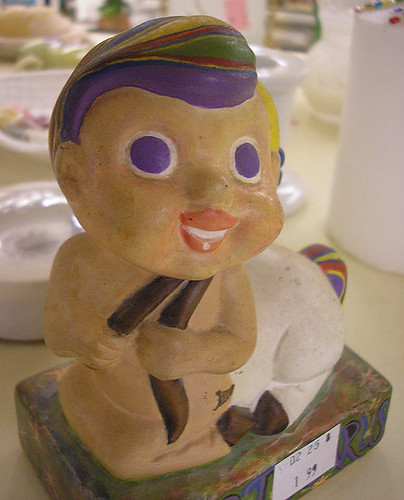 Like all fire signs, you have a zeal for life and a strong sex drive, but we’re going to try really, really hard not to think about that. We would like it, in fact, if you would put on pants, and stop wearing that fake horse’s rear and cutesy hoof-boots. We don’t understand why you do this, Sagittarius, but it weirds us out. 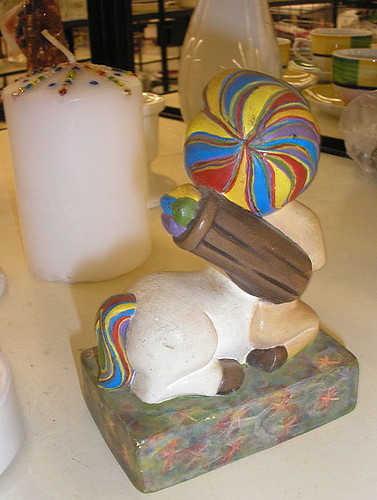 Today is a good day to hide behind rainbow-colored things and throw sponges soaked in tempera paint at passers-by. They won’t expect it, and probably won’t like it, Sagittarius, but that is your gift to them. Luckily, you run quickly, like most of the half-animal, half-neotenous-man-children in the Zodiac, which really is only you. So, basically, Sagittarius, you are alone, and should remain alone in a just universe, but you will probably fall in love with a Pisces, who are so batshit crazy that they probably deserve you.

Thrift Town on Stassney and Manchacha. I really meant to post this one during the actual phase of Sagittarius, but that ended December 22 and I’m NOT having this thing staring at me another year.

One Response to “You, Sagittarius, are a putz.”