The battle at Suzhou

So, I’m giving myself permission to be a bit non-PC this week, because I’ve been saving up some fun finds for the week of the Lunar New Year, and this be it! I apologize in advance if I confuse China and Japan. In my defense, the original images were kind of confusing to begin with.

It was a mighty battle–a war between an ancient master and four tiny bald would-be assailants so terrible, so enormous in its martial arts bad-assitutude that Chuck Norris himself shaved his head, leaving only a small round tuft just over his left ear, to play ONE of the midget ninjas in the History Channel mini-series. They didn’t let Chuck play the ancient master because Chuck Norris isn’t hard-core enough for this kind of documentary. 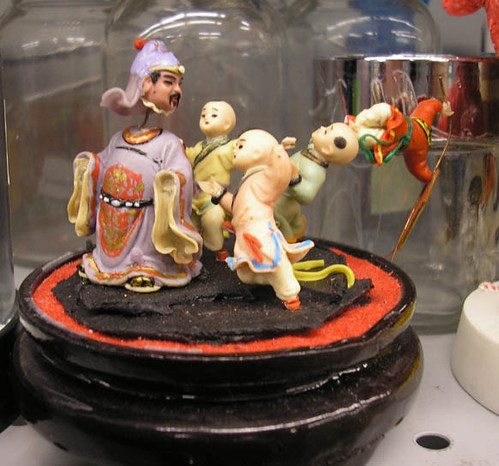 It began peacefully enough–the completely kick-ass Level 36, Grand Master of Flowers ninja-god was peacefully strolling along on a piece of basalt floating in a pool of lava, when four weird little midget brigands attacked. He fought bravely, but not even a martial arts god is fierce enough to take on four ninjas in a volcano (though you can see why Norris wanted the part.)

The battle was going pretty bad for him until he used his extendable head maneuver. 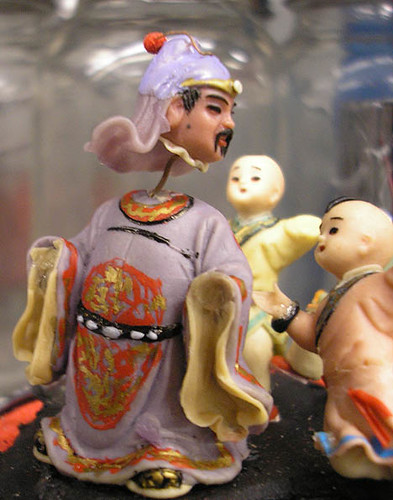 Oh you weird little bandit bastards, you are going to get creamed. I’m going to teach you peace and serenity SO HARD, and I don’t even have any hands. 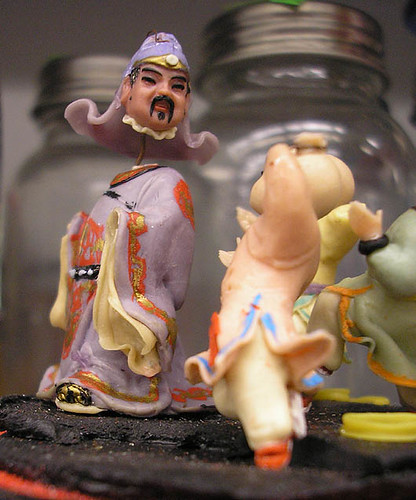 “Crappers! His head comes off! We are undone!”

Amidst the majestic backdrop of the great mason-jar mountains of Suzhou, the fierce battle raged for 67 weeks, until the master could no longer fight, so sore was his neck. 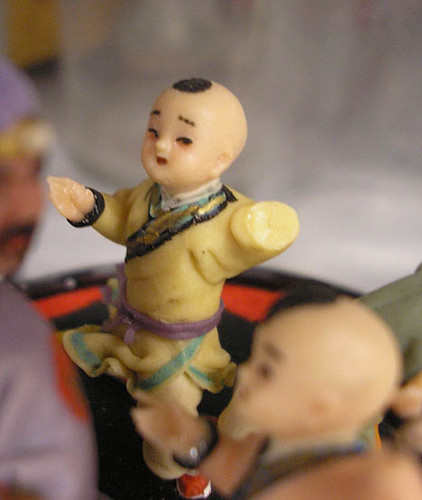 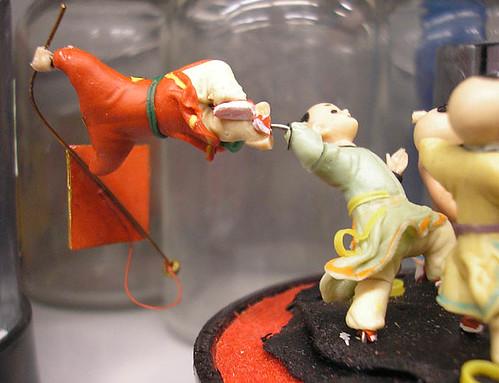 “Hah! No-one can face the wrath of my battle-kite!” 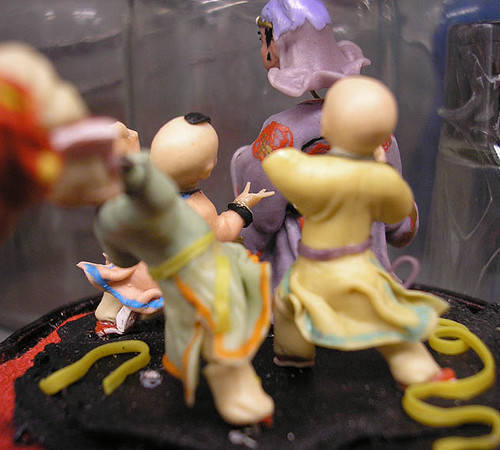 Ultimately, the diminutive assailants were only able to defeat the ancient master through their skillful use of egg noodles. Even so, they sustained heavy losses. 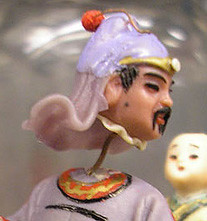