I don’t know about you, but in my family we’ve kept alive the proud tradition of the Christmas Stick. 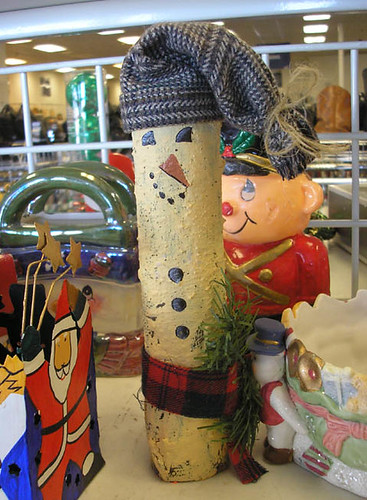 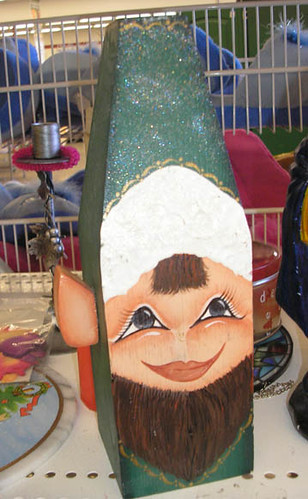 ….and another weird Christmas wedge. What the hell? It’s Christmas, things need to be wedge-shaped. And with only one ear this time. That has GOT to be the weirdest face I’ve ever seen on a dwarf. It’s like he wrapped one of those extra-large custodial brooms around his chin to draw attention away from his startling lack of nose. The glitter’s a nice touch. It’s a festive noseless, wedge-shaped bristle-chinned ear-amputee. Season’s greetings! 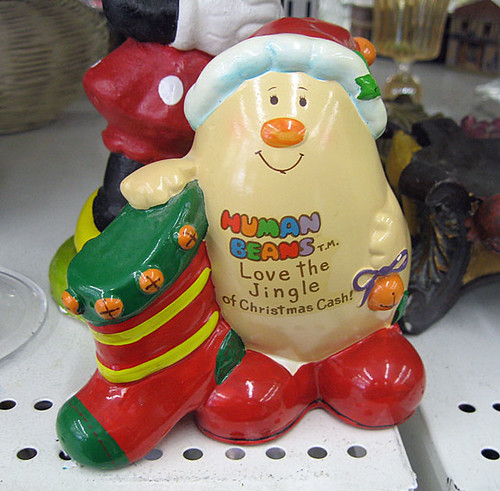 For the record, I hate this thing. It’s fleshy, pink, self-referential and insincere. Please tell it to go away. 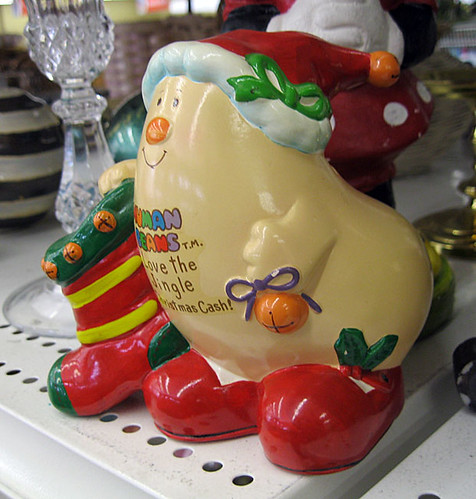 I guess this doesn’t quite qualify as a “horror,” but it’s definitely got the edge of “Grandma bought and/or made this, and if we don’t give it to Goodwill we’re stuck with it, so maybe we can throw it in the bin for an end-of-year tax write-off. I bet it’s worth at least $40, get a receipt.”

Oh, ambulatory lump of flesh of Christmas Yet to Come, I fear you most of all! 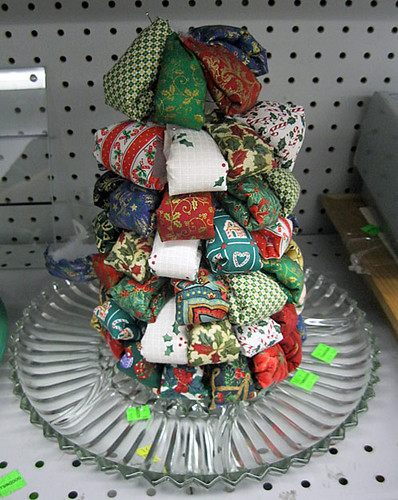 This is a sad little thing. It’s very festive, but basically held together with push-pins pressed into a central pillar of Styrofoam, so when it finally makes it to Goodwill, it’s a collumn of leaking fluff and VERY SHARP BITS. This looks a bit like an unusually pointless Victorian party game–“This is a delightful new game we found in East Chelsing, I’m sure you’ll just titter behind a fan over it. Each person pulls a wad of fabric off the tree, and they stab themselves with a push-pin, and end up with a lump of bloody cotton stuffing! Isn’t that just the knobs? 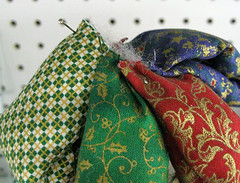 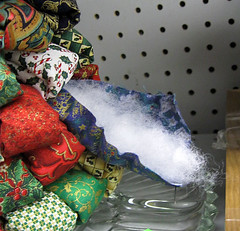 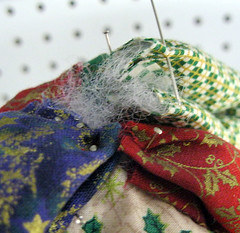 That special time of year when everything conceals hidden pain. It’s like gift-wrapping a weasel. 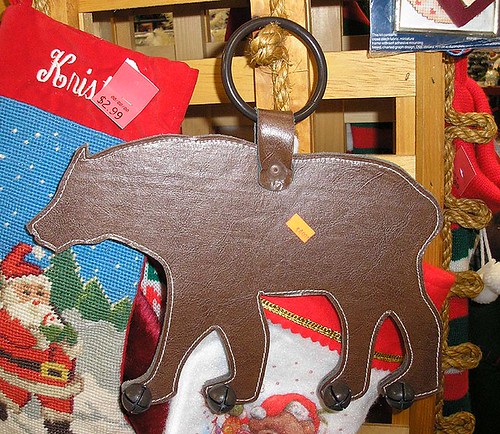 Nothing says “Christmas” like a festive jingle-wolfbear. For a while, Santa was riding in a sleigh pulled by wolfbears, but 1) the roofs kept collapsing and 2) they’d eat the kids, even the “nice” ones. So, the tradition of the Christmas Wolfbear largely faded into obscurity.

Another entry from the “Not Really Horrible, but Not a Good Idea” category. Also from the “Make it…with POTS!!!” family. Really, everything made with glue and ill-planned intentions ends up at Goodwill eventually. This one’s…well, it’s “as-is.” 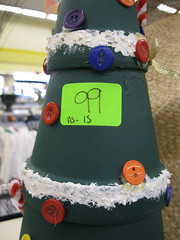 Drawn to scale, each of those buttons is probably the size of a man’s head. They could peek through the holes like a mask, and pretend to be garments. And do note, and adore, the lines of royal icing around each pot, lovingly applied with a butter-knife. Spackle that stuff on, the more, the merrier! Literally! 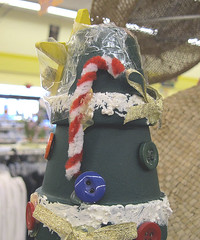 Thus the vital “as-is” element. The star tipped over, the candy cane fell off, the bow’s wearing out. It’s like Christmas suddenly turned 45. 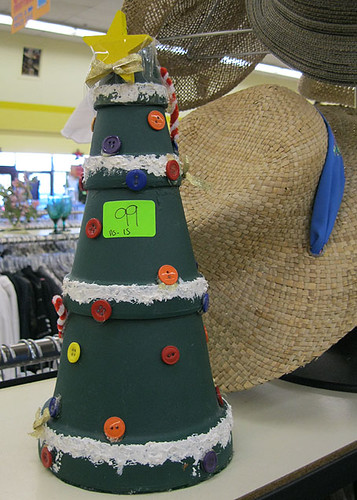 Not an entirely unforgivable Christmas Craft, but for the love of holly, don’t take things into the realm of pipe cleaners. You had our Christmas respect until then, but when the pipe cleaners come out, you know it just goes downhill from there.

Human Bean from Savers on N. Burnet, Christmas Stick from Goodwill near 620 and 183, lump of Christmas fluff from Goodwill at 2222. Pot-tree and Christmas Wolf from Thrift Town near Manchacha and Stassney, wedge-elf from parts unknown.