Thar be the white whale!

MY version of “Moby Dick” is much shorter. In my version – a better version, it wraps up nicely and has a lot less ambiguity – Captain Ahab gets a phone call from Ishmael (“Call me, Ishmael!”) about the whale. It turns out that, all this time, it was at 3857 Chestnut Cove, Buda, Texas, in the children’s bathroom down the hall. It was full of socks. The whale, not the bathroom, though, maybe. I don’t know. They might have a lot of socks. 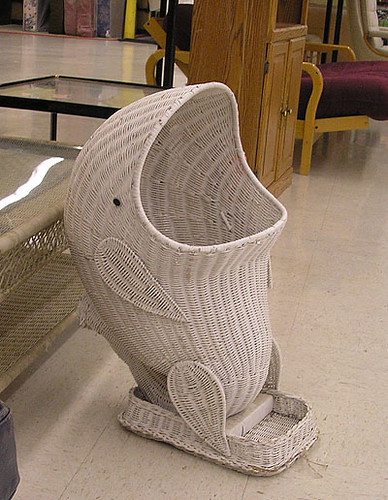 The real tension of the story is that Ishmael calls his boss AFTER the family has emptied out all the socks, and donated the poor critter to Thrift Town, because they couldn’t sell it at their garage sale. So Ahab goes to every secondhand store in South Austin, asking the clerk “Have ye seen the white whale? She’s about two feet tall, smells of old socks, and she has a fearsome big mouth that could SWALLOW A SHIP. A small ship. Very small.”

And then the clerk looks at him and says “I don’t know, maybe it’s in, like, home furnishings?” And Ahab peglegs it over there, stomp-clack-stomp-clack, but it’s the WRONG STORE. So for six whole hours he hits Goodwill, and Savers, but he can’t get to the Salvation Army because it’s closed Sundays, which really pisses him off. Until finally, he sails into the parking lot–which is AWESOME in the movie version, trust me–and he goes and buys it for $4.49, which totally makes his day because he gets his senior discount card, too. Plus, he buys Ishmael a really great Hawaiian shirt, which is nice, because he made Ishmael pay for his Strawberry-Limeade Chiller at Sonic. 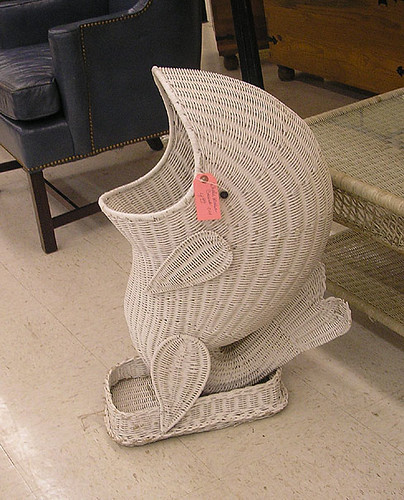