How about those reindeer?

At least, I think they’re reindeer, I’m not totally sure. 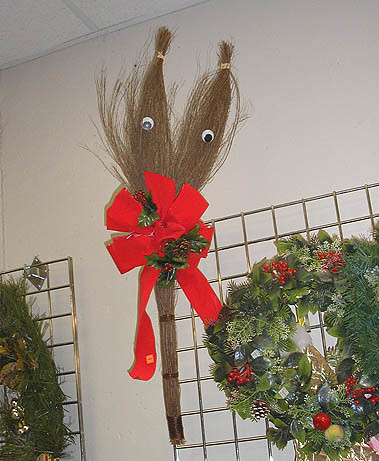 This might be reindeer. It’s almost certainly covered in ancient glue and the vague scent of dust and cinnamon oil, which does not match my experience of reindeer as a species, but then, they aren’t supposed to have glowing red noses either, and that shows how much you can trust the Time-Life Encyclopedia of North American Mammals, I’ll be going exclusivelyto country crooner Gene Autry for my zoology lessons from now on, thank you. 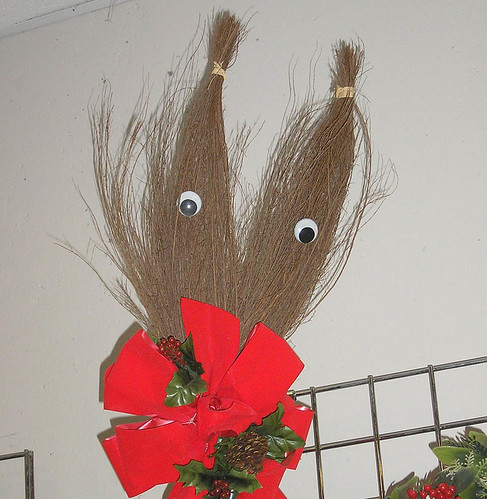 I’m a little more certain about these guys, because my options are 1) reindeer or 2) strangely stylized missile silos. 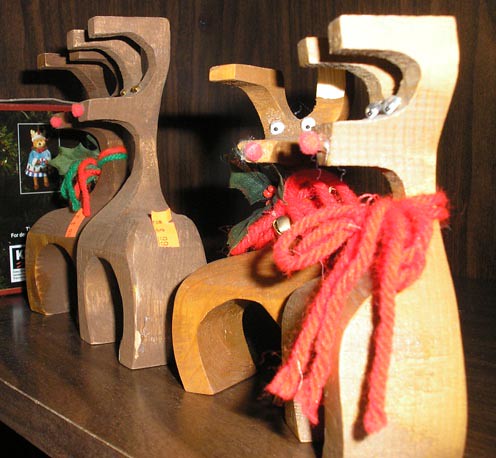 It’s close, but I’m going to have to go with “ungulate” on these, even though they look like strange vaguely deer-shaped automata. At least they have red noses. Yes, antlers like tracking systems, but you shall know them by their snouts. 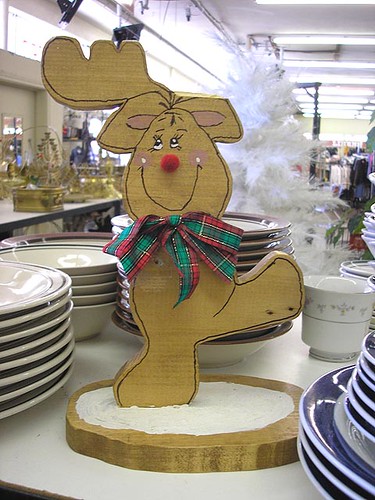 I don’t care if I’ve only got two legs because my front ones were removed in a freak nine-deer pileup and my antler left with the runner of Santa’s sleigh, it’s Christmas, I’m standing in snow, and I’m going to do a little dance because I’m happy, and if I don’t, I might start to cry. Someone…please…take the bow off me? Please? I can’t reach it. Let me at least have my dignity. 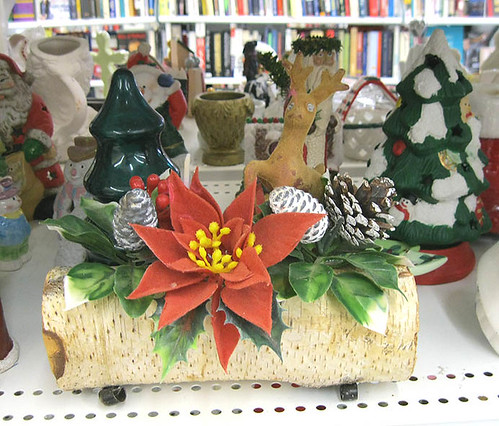 I haven’t quite figured out the tradition of the Christmas log yet. Yes, I know about yule logs, they’re big, big pieces of wood that you can set on fire, stand around, and wassail your little hearts out. But that’s not the same as a Christmas log, which tends to have bits of plastic mounted to it, or a face, or small cloth trees, or in a worst-case scenario, be painted like a manger scene. Are you supposed to burn this sort of thing? Wouldn’t it smell kind of funny? Would Donder there streak like a blaze of glory out of the fireplace, landing in a molten “splut” of deer on the rug in front of the hearth? 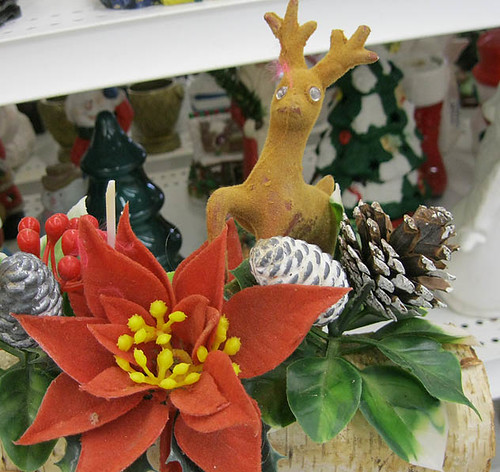 Come to it, I’m really not sure what’s going on with Donder, but something’s deeply wrong. He’s somewhere between a dish of festive winter venison and a zombie, with glassy, staring eyes and a coat that’s matted and not all there. 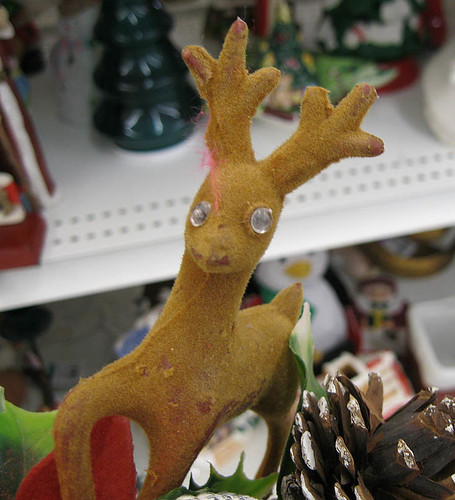 Do you really want this deer on your rooftop? Trust me, if you hear something tip-tapping on your roof, aim for the head, right between the antlers.

Christmas Log from Savers on South Lamar; Christmas Broom from Goodwill on Metric and 183, Happy the Happiest Maimed Deer from Savers on Burnet, Deerbots from Salvation Army on 183 near 620.

2 Responses to “How about those reindeer?”