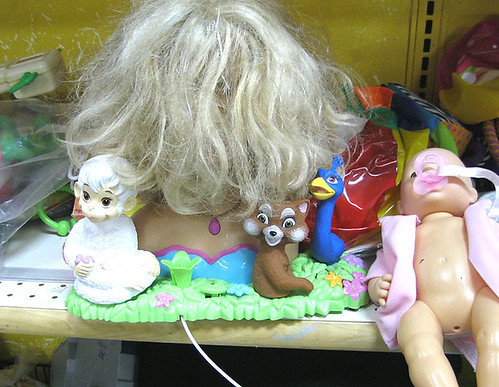 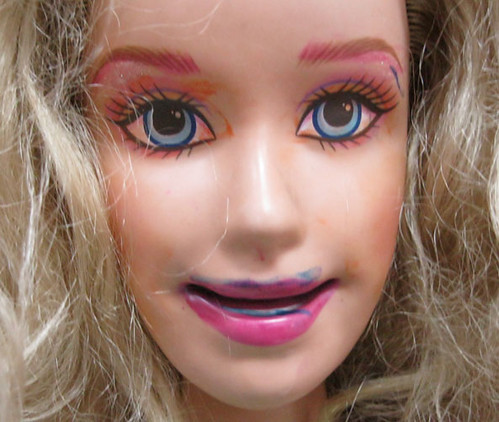 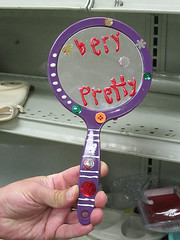 So Barbie, really–is a set of permanent sharpees really the best pick for your dream make-over? I’m not remembering that one in “Cosmo–“Â  “For a long-lasting blush in the summer sun, and eyeliner that will outlast the rush hour commute, put away that Avon, say “Estee Later!” and move from Mary Kay to Office Depot, because what’s in in 2010 is thick point felt tip permanent marker!” 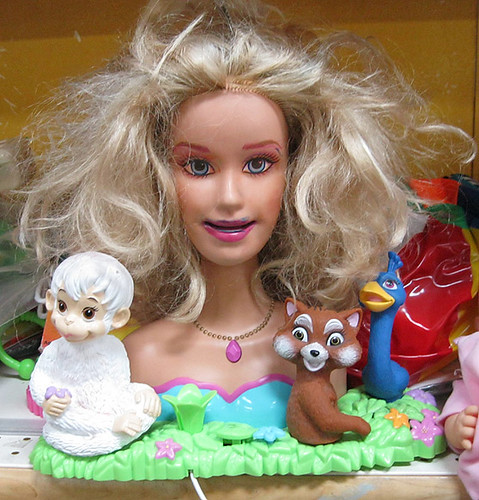 It’s probably the destiny ofÂ every “beautifully brushable” children’s product to end up used, violated, abandoned, and utterly junked. And a testament to the optimism and-or desperation of St. Vincent De Paul’s to try to sell her. Amazingly, she was off the shelf in two weeks. Good luck, Barbie. May your next lucky owner have a bottle of really good conditioner.