I do like a parfait. I don’t think I’ve met anyone that doesn’t like parfaits. Until they saw this parfait, which would pretty much put anyone off of parfaits forever. 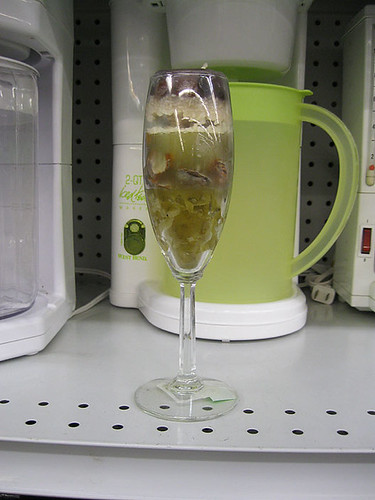 That is because this is a parfait that was spurned by God and all that is good, a misbegotten example of a layered dessert. AND it’s a Thrift Store candle. That right there is pretty damning, but for this candle there is no salvation. 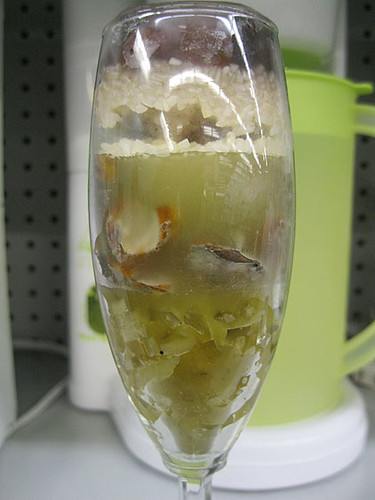 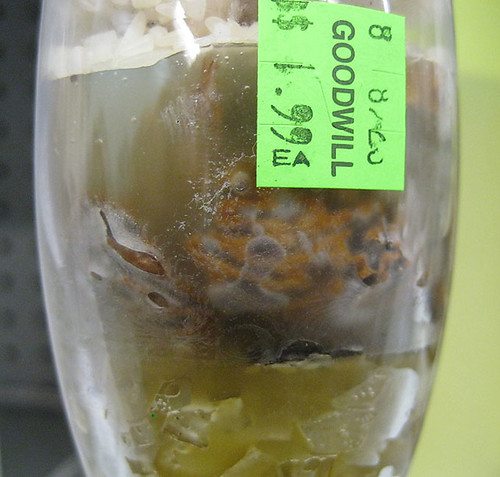 Is that even legal? Or rational? “Here’s a delicious rice pudding for you, and I’ve thrown pre-chewed peach pits in it, haha! And because I learned candle-making from the ancient Egyptian Book of the Dead, I’ve layered it in molten wax to keep its souls from separating!” 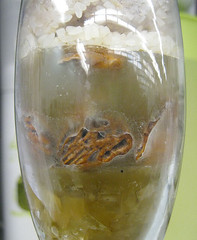 Though you can see that they’re trying. Here we see the spirit of the deceased peach rising above its earthly remains, as the ba floats free over the the ha, ascending into the heavens, which here are represented by some sort of weird rice cave. It’s either that, or there’s a small dead goldfish floating belly-up. And given the general aesthetic and moral degeneration of this piece, I could believe that, too. 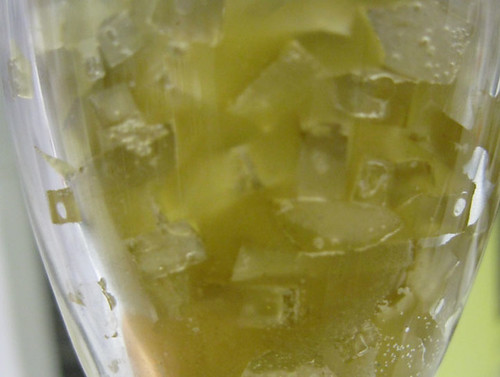 …not sure. Might be jackfruit. Might be giant salt crystals. Could be slugs. Don’t eat it, whatever it is. 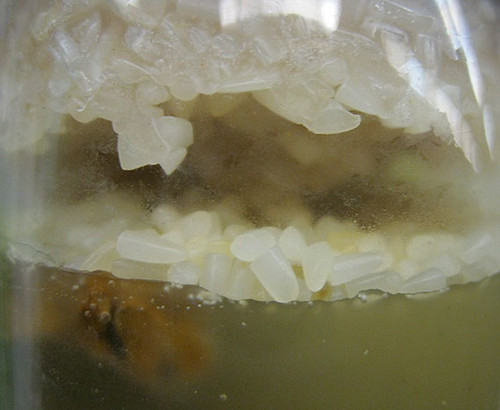 Here’s where cave explorers found the first rice chamber. You can see two tunnels to the rear of the chamber. The left tunnel leads to the Cream Pit. The right one, probably dried fruit or some stuff. 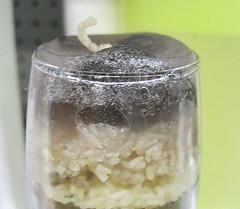 …aaaand here’s the dried fruit. What a sad little plum. It’s bobbed to the surface of the wax like a whale drifting on the La Brae Tar Pits, or a bloating hippo bobbing in a pool of Knox Gelatin. OR maybe a little pig with a cute little tail. That one sets on fire. The smell…the smell would be special. 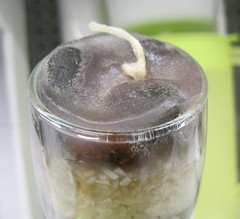 In conclusion: Rice Pudding Candle. Not to be bought, burned, or eaten under any circumstances.