For those of us that are still struggling our way through remedial pokÃ©mon studies, a JigglypuffÂ is a cute, balloon-like beast whose song puts everyone who hears it into a deep slumber. Very much like “A Prarie Home Companion,” yes, but with a slightly smaller head than Garrison Keillor. When it’s exposed to a “moonstone” a jigglypuff turns into a sort of pink, rabbit-like creature that gets into a lot of slap-fights. When it’s exposed to zombies, it turns into…this.

Which is a LOT less cute, but in all probability it’ll keep its audience awake. 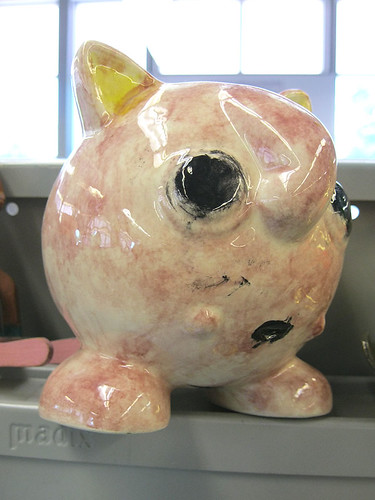 Sadly, this was the last thing pokÃ©mon Grand Moff Ash Ketchum saw after getting his badge for catching all 126 radioactive pokÃ©mon in the far gamma regions of the Ultraviolet archipelago. Picachu collapsed under a dirty pink ball with a faint cry, rising from the dead an hour later to chew on Bulbasaur, then the two of them moved on to devour Misty, a battle which took at least three episodes. It’s a little known fact that the entire third Japanese series of PokÃ©mon ended in a bloody zombie apocalypse. This series never made it to America because, in addition to several unpleasant and indeed completely nihilistic cannibalism scenes, US sensors decided there was just too much cross-dressing to allow it to air in the states.