For your post-Thanksgiving puzzlement

Pull up a plate of leftovers, and see what tryptophan-induced hallucinations escaped from Savers this week!

Many many MANY years ago, when a boatload of religious separatists travelled over the ocean for 66 arduous days, braving starvation, an ugly voyage, icy temperature, and New York traffic, they probably weren’t expecting to end up on a shelf in Savers, particularly like…this. 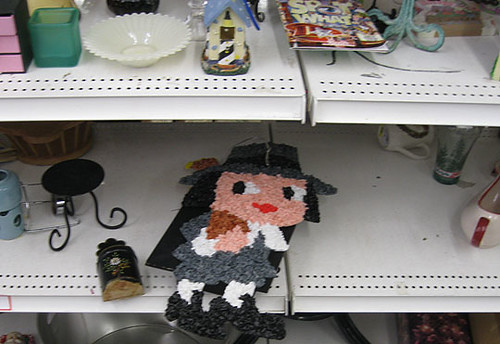 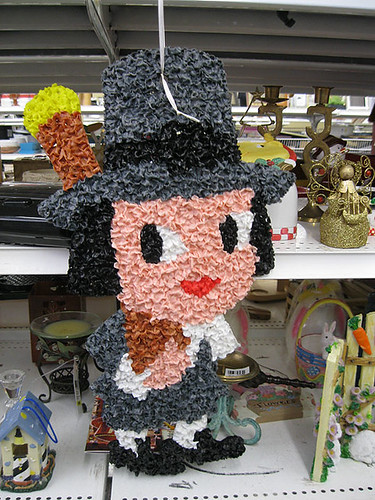 Really, I can’t tell what he’s holding–is it a blunderbus or a peppermill? And doesn’t he totally look like an old Merrie Melodiescartoon? Like, a lesser-known one where the king of England is a wolf, and chases a boatload of sheep across the Atlantic ocean, where they team up with a bunch of Indians (turkeys, sadly, because of the feathers, you know. I don’t make these things up. Well, I do, but you can definitely see where I’m coming from.)

“That’s true. But it wouldn’t make sense to have a wolf chasing a bunch of anthropomorphic lumps of chewing gum, would it?”

“Splendid. Could you pass the turkey, please?” 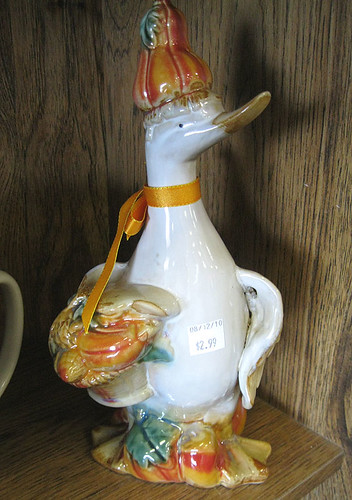 “Let me make myself edible for you. I know…you wanted turkey, but you know what they say…what’s good for the goose, and all. Trust me, I can be all the turkey you want. If I wear this gourd on my head, you’ll say ‘That’s what’s for dinner. entrée vouz, oh yes.” 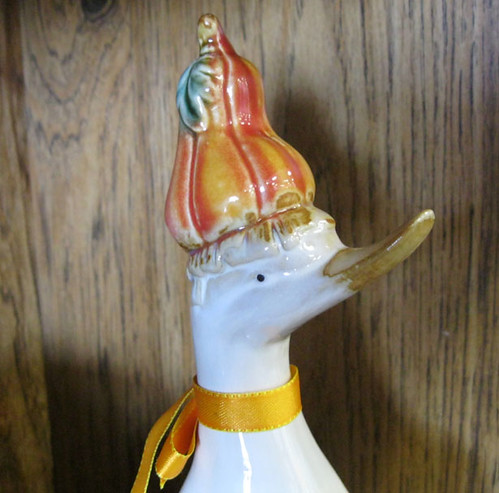 “This…this is the face of Thanksgiving. Twice as noble as a turkey. Three times. Heck, ten times, really, now much nobility does a turkey have? And what turkey can balance a gourd on his head for, like, three weeks? I can. Top that, Tom Turkey. 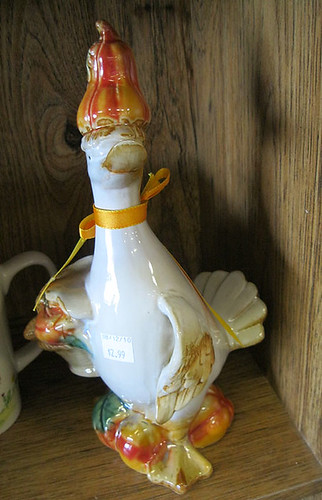 “Bring me your tired, your poor. Your cornbread stuffing, even your giblet gravy, I am ready for it. I am the bird of Autumn, and I am coming to your table. Stand back!”

The Tiniest Pilgrim from Savers on Burnet near 2222; Quisling Goose from Salvation Army near 620 on 183. Happy leftovers!