Or not so little, but definitely different. Both of these little guys were on the brick-a-brack shelf (or, “crapstack”) at Thrift Land on Stassney near I35. Both…well, I’m not sure but the authorial intent, we’ll just leave it at that. 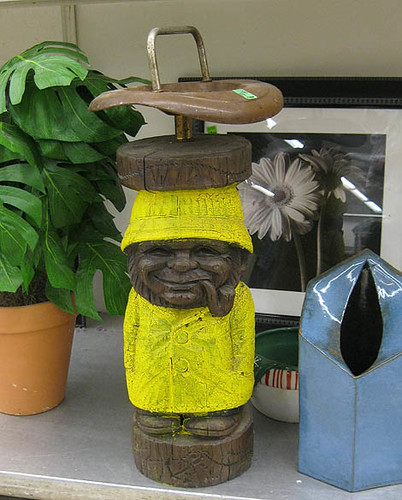 “On a winter night, when the moon rises over a gloomy sea and it’s so cold that the shrimp come pre-frozen, the catch of the day is cocktail ice, and you’ve put the sail up because it might just shatter, the thing I most like to do is put on my best yellow rain slicker, my matching yellow hat–don’t you know, yellow’s the only color we have on the sea, anything else brings bad luck, that’s why we paint ourselves with a rich black walnut stain all the time, and it does so highlight the crags, but I do digress and thank you for humoring an old sailor–I dress in my best yellows, and I hide under the captain’s ashtray.

“Don’t look at me like that, it’s perfectly normal. I don’t even think he’s noticed. And I can’t tell you how much it warms me up, body and soul. Nothing makes a man think that all’s right with the world until his superior officer knocks a couple of pipes out on his headgear. It’s a bit of a balancing act, and you don’t want to tip over when the ship rocks, which most ashtrays might and why I’m actually performing a kind of a service. I’m a thoughtful ashtray. 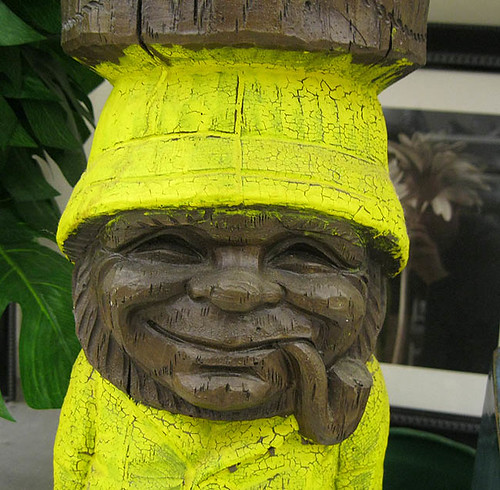 “And could be worse, could be worse. On the really, REALLY cold nights, when it’s so devilishly cold that the St. Elmo’s Fire freezes up and falls off the mast and you can use it to light up steering, I’ll take my little ashtray and my best mackintosh, and go down to the crew’s quarters for a spell, it’s more a pleasure than a duty. And at the end of the day, maybe my neck’s a bit sore, maybe it takes a few hours to get the smoke out of my hair and maybe my beard’s been a bit on fire, but I look at the night and say to myself, ‘Job well done, sir, job well done.’

“And then I say to myself, ‘Well, sir, at least you’re not Jeffey, the cook’s boy. He thinks he’s a spittoon.'”

Thought, such as it is, continued Wednesday.

One Response to “Little, yellow, different”