The Rapture of Gordon

There’s a lot to be said for reality TV. Or at least you could spend a lot of time trying to list all the programs. I’m not sure why you would want to do this, it’d be a bit like rolling a boulder up a hill while roller skating, but maybe you’ve got your own thing going on, everybody needs hobbies.

But I do like Gordon Ramsay. He’s charmingly hostile, has a puckish exterior, and probably knows his way around a spaghetti alla puttanesca, for example. But do I like him this much? 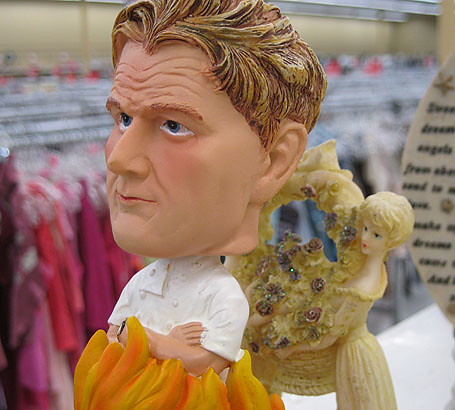 Is he really all this? Is Ramsay “Damsels with floral wreaths following behind him, singing his praises and scattering flowers in his wake, while cherubim and seraphim in constant chorus endlessly repeat ‘Hosanna in the highest, blessed is he who comes after local news on Wednesdays'” great? 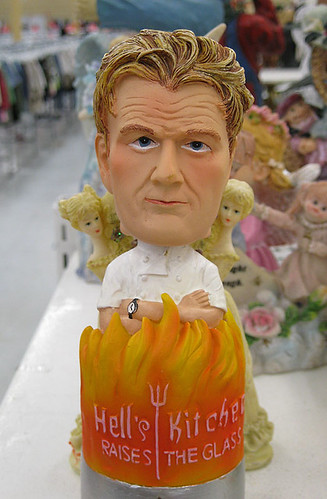 Here’s the sad part. I came in next week on my usual pilgrimage, and that same parade of vestal virgins, angels, and possibly a creepy little lawn gnome were prancing about, beatifying a resin-cast frog in a bikini top. So, I have to say, they’re either fickle, or easily impressed.

Most Holy Bobble-Headed Ramsay’s miraculous apparition seen by this lowly mortal at Savers near 2222, Austin.