Something in the Water

“Morning, Clem.”
“Morning, Dale.”
“Gotta say, Clem, the pond’s looking a touch strange this morning.”
“How’d you mean, strange, Dale?”
“I’d say its looking a little hellish, actually.”
“Hellish, you say, Dale?”
“I do say, Clem, I do say. A bit like the fires of hell come bubbling up, Clem. It’s giving the pigeons quite a fright.” 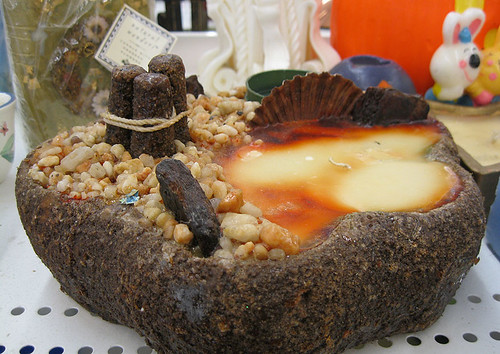 “They could do with a little bit of scaring, Dale. They’ve become complacent.”
“Oh, aye, that they have, but I’m a little bit frightened myself, Clem.”
“You needn’t have nothing to fear, Dale. As long as the concrete wall holds. And the barricade made of shells.”
“Shells, Clem?”
“Aye. Big shells, Dale. Very big. Some wooden pilons, too, but mostly shells, yes.”
“Maybe you had something a little more durable around the yard? Bricks, perhaps?”
“You’ve got to really believe in the shells, Dale. It helps. Belief is stronger than caulk.” 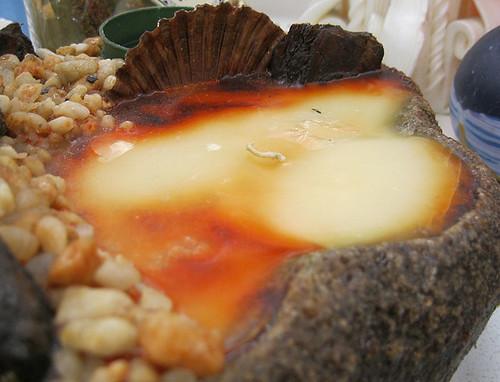 “I suppose, Clem, I suppose. I can’t say I like the way the pond water glows, though, and the dancing flame over it, well, maybe it wouldn’t be so bad in the winter, I dare say the cows might like the heat. But just at the moment, I can’t help wondering if it’s natural.”
“It’s no earthly pond, Dale. It’s bubbled up from the bowels of the earth, to spill forth in a torrent and destroy the works of man.”
“Oh…aye?”
“Yes, Dale. I’ve put in a birdbath. For the pigeons.” 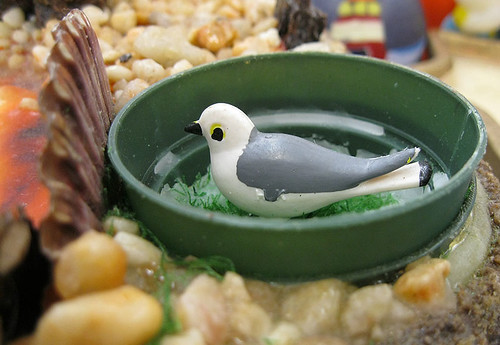 “Of course, you’d think it foolish to put in a birdbath right next to a lake of fire, you’d think the birds would fly away. And you’d be right. So I had them glued down.”
“That’s very foresighted of you, Clem.”
“Yes, Dale. Yes, it is.” 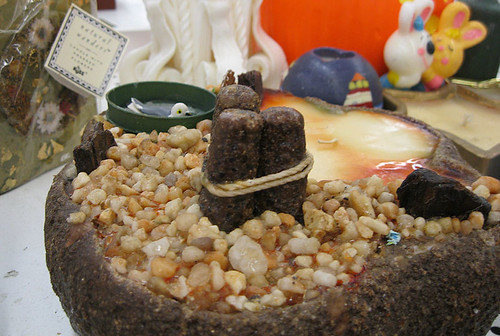