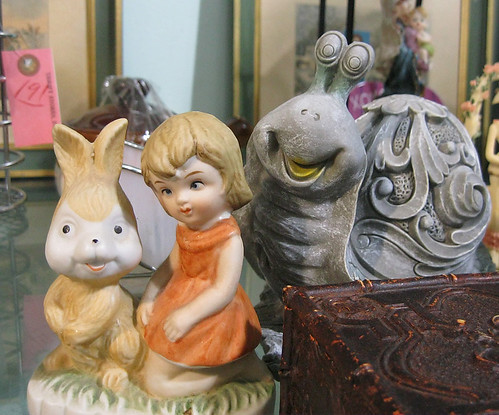 “No, no, you can trust me. There ain’t no giant snails here. Not a one. Now you just sit yourself down here…that’s it, real slow like. Just…relax, for, you know, five, ten minutes.” 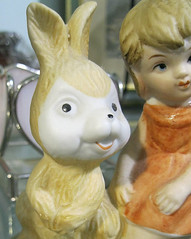 “You know I’m you’re friend. Rabbits don’t lie, I’m your BESTEST friend. I ain’t never fed no-one to no giant snail. That’s a complete fabrication. What they say, a base canard.” 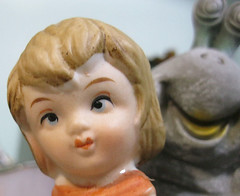 “…But all the other children, they said the bunny started talking to them, and then they never ever did come back, oh no they didn’t. Momma said, ‘Never talk to la-go-morphs. They’ll always betray you.’ And Momma never did give me no foolishness.” 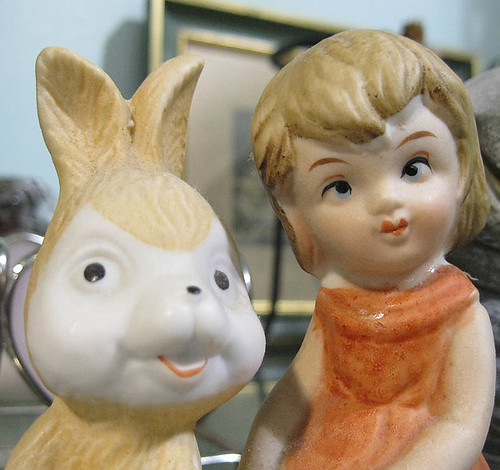 “Who you going to listen to, sweetheart? Who’s got a fluffy tail and big cute ears? Your mother? Well, maybe she does, maybe she doesn’t. But I’m telling you, no-one on MY watch ever got eaten by a giant snail, and that goes for you too, sister.” 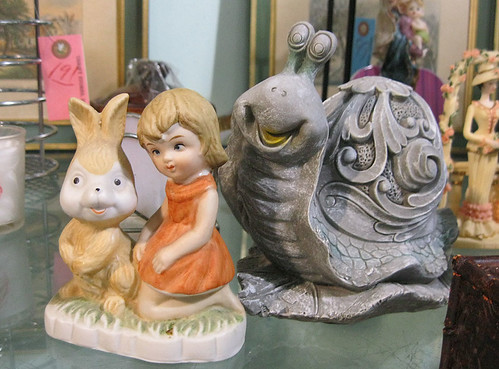 “Okay, but if I get eaten by a snail, we are not going to be friends anymore.”

…Shortly after the giant snail ate the small, challenged girl, I found this hat. I really don’t have a lot to say about this hat, except that it’s not your everyday hat. In fact, I’m not sure it’s an any-day hat. It’s the sort of hat that someone brings out to a chorus of “oohs” and snickers, and then you’re MADE to wear the hat while people tell you about how the next two years of your life are going to be endless sleepless nights, screaming, and and a limitless amount of crap, which really isn’t so much different from graduate school. 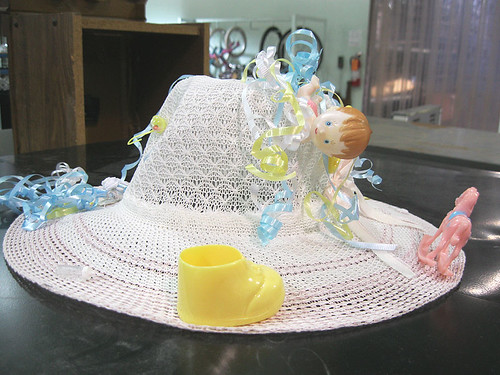 The baby on the side is kind of a young Linda Blair. Or maybe the little tyke in Trainspotting. 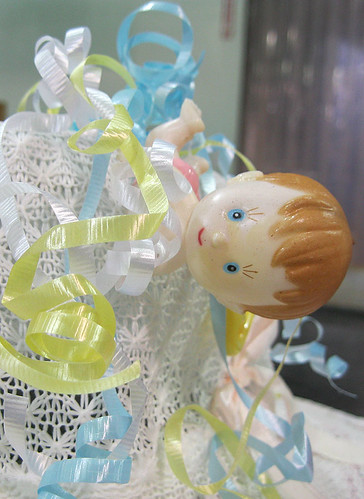 Jane! Get me off this crazy thing!

There were a few more treasures, some of which will make an appearance for Christmas–but the day was drawing to a close, and there were Goodwills to be found, and dinner to be had (once the nausea died down). We headed to I10.