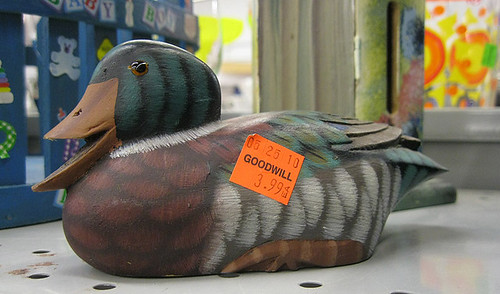 Nearly driven to extinction by well-meaning plastic surgeons, the snub-nosed mallard was known for both its distinctive call, and for its unfortunate predilliction for drowning while trying to scull the lake floor for food. 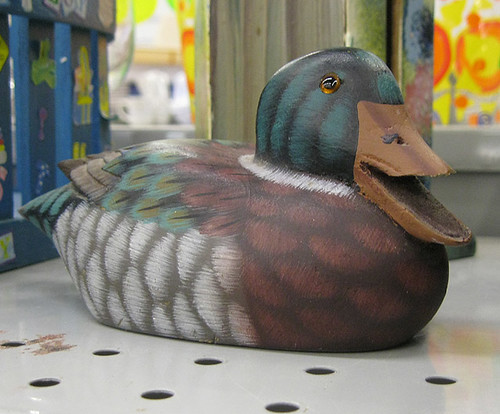 It was also known for its perpetually surprised expression.

Oh, for the days of my youth, when the San Marcos river teemed with these beautiful, maybe a little embarrassing, waterfowl. How we’d laugh when they struggled to catch a fish, finally succeeded, then sputtered in frustration as the fish would fall out of its mouth.

They did a little better once they learned to eat with a fork and steak knife, not a lot of birds can do that, but necessity is the mother of table manners.

Many children grow up now without ever having seen a snub-nose. And they’re surely the poorer for it. Now, they only turn up once in a great while at Goodwill, and their noble cry of “Fnark, fnark!” no longer fills the air. 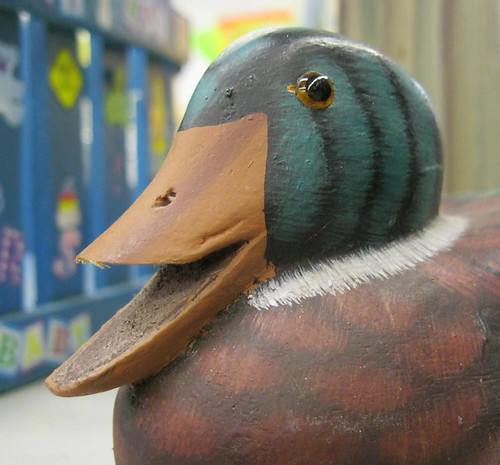