I had this thought that just maybe kittens would beÂ a good way to ease back into harmony and happiness after a week of clowns, but, no, the kittens in their own special way bring their own special nightmares. Particularly when theyÂ seem to have been inexpertly resurrected after an accident involving a cast-iron skillet, an air compressor, the La Brea Tar Pits, and maybe a flock of seagulls with dyspepsia.

So we’re going back to clowns. 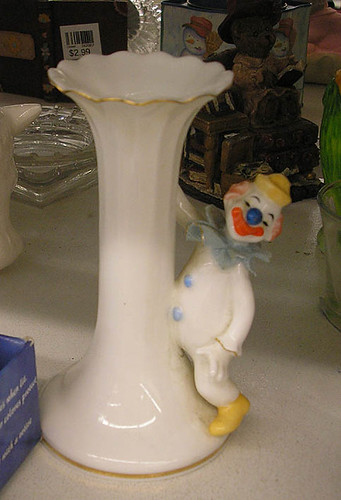 …No, never mind. Clowns are not an improvement. At least, not that clown.

Back to kittens. Or at least ex-kittens. 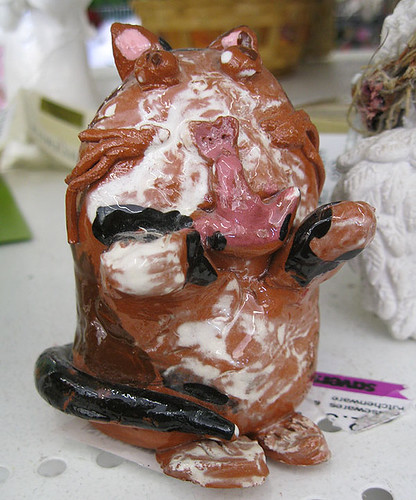 When you were a kid, did your mom ever pop open those pre-made cans of cinnamon rolls? The kind that comes six to a tin, wrapped up in a coil of tinfoil and cardboard, the kind that unseals itself with a satisfying “pop” as the dough stretches and relaxes? The kind that comes with a gritty, sugary white pasty frosting? That’s really the important part.

One day in the midsummer, we accidentally left one of those sweet roll cans under the rear window, then went out for lunch. There was probably a “pop.” There was no shortage of icing. I think the dough was turning a little crisp in the sun. That’s what I’m flashing back to here. 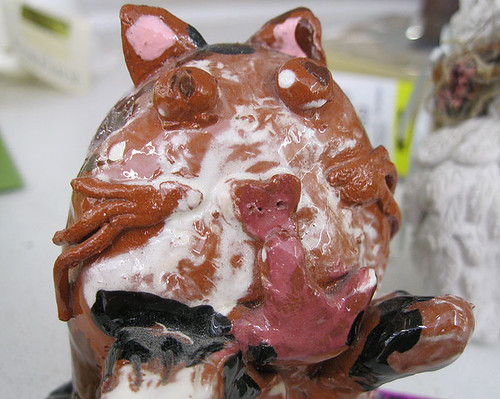 Clown from Savers South Lamar, cat from Savers North on Burnet, Austin. Thank you, Savers. I love you too, but maybe we should just be friends.

One Response to “Kittens: The Return”