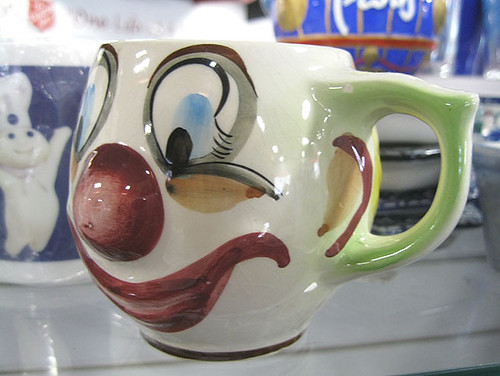 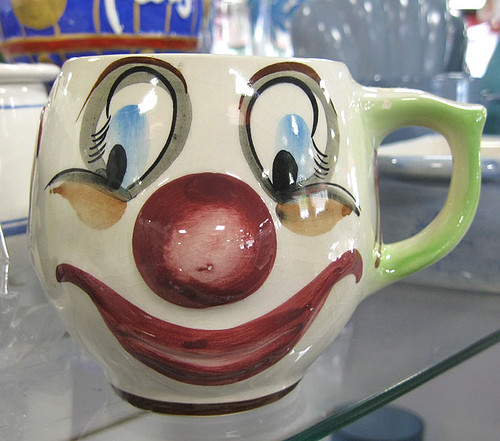 This comes up weirdly often in thrift stores–do I really want to eat or drink something that’s been in a clown’s head? Seriously. No matter how happy they look about being a serving vessel, you’re still left with a vague sense of guilt. Plus, everything you drink out of it tastes like candyfloss or those weird circus peanuts. Even the really good coffee, the $12 a poundÂ Sumatra roast, gets a strange kind of bubble-gum/tea tree/essence of pink. It’s not fair.