I’m going to go out on a limb here and say that this is at least somewhat representational. 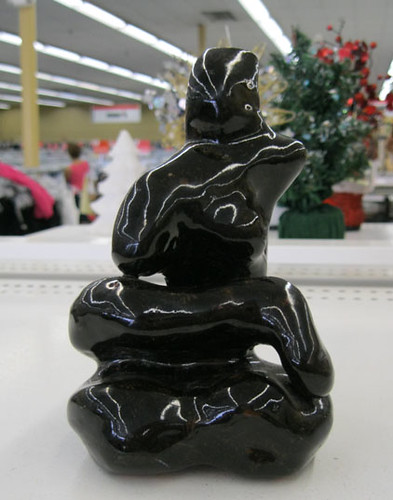 Maybe it’s all a bit man-in-the-moon, but from at least one angle this really wants to be human. And thankfully fails. Or else the entire thing turns into a horrible version of Pinocchio (or worse, Pygmalion), where after the Blue Fairy gives him life, the poor thing limps and spasms around through 60 pages of terror-filled expressions and false pity. “Some day I’ll be a real boy! As soon as the Blue Fairy gives me properly attached arms, and a face. I’d really like a face. And maybe legs where they’d be useful. Oh, and maybe junk, but I’m guessing the ladies aren’t being a path to my door like this Thursday, so, whatever.”

You be the judge: 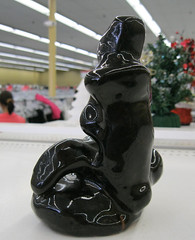 Beatrice the Human Sea Cucumber on a lunch break after her fourth show of the day? 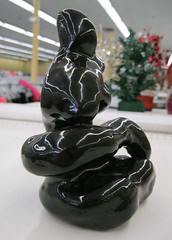 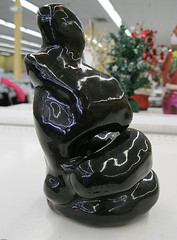 Capybara desperately climbing a tree to avoid being eaten by a boa constrictor? 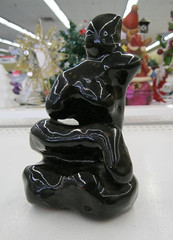 The ultimate evolution of mankind, a creature formed of glistening black basalt, noble and distant and slightly microcephalic?

Savers on South Lamar near 290