You could put cream in here. You could put flowers in this, or a small amount of tea. But you’d be fooling yourself. The only thing that belongs in here is salt water, plankton, the spent gruntings of Ouranus the father of gods and titans, or possibly tarballs.

For clarity, Ouranus is not the father of tarballs. That would be a completely different, if only slightly weirder, myth. 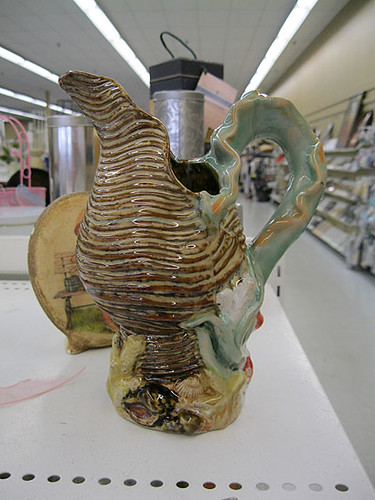 This is probably deeply symbolic of something. A massive urn of…well, probably coral. Some sort of strange blue tendril, it’s definitely got a wavelike quality, or maybe it’s the the dorsal fin of an astonishingly elongated and quite flexible fish. All of it mired in barnacles, anemones, shells, starfish, and assorted unidentified sea-floor strata. How benthic of it. 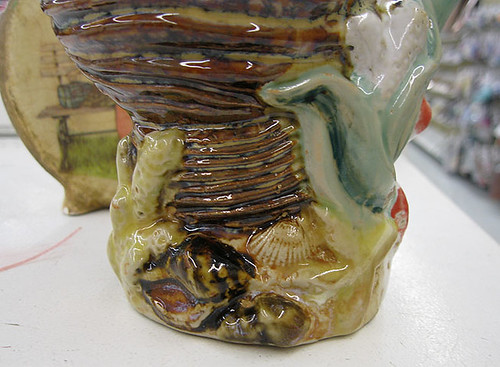 Or maybe they’re being crushed by its massive bulk, barely able to support this monstrous coral growth as you fill it to creaking with whatever decadent liquid you’ve picked out. It was probably given to Savers out of pure guilt. “I can hear the starfish weeping.” 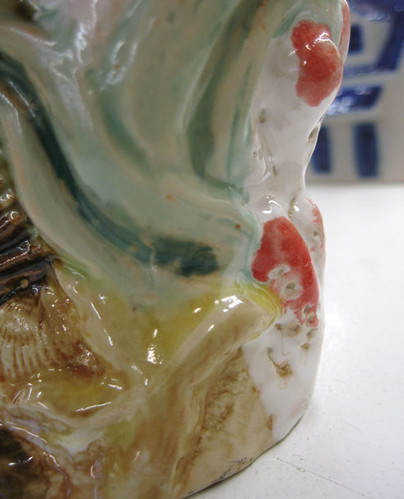 Yes! Now I finally know where fake crab comes from! It’s obviously made from these things. Some sort of delicious meaty little ooze that naturally forms into tiny rolls of red-painted edibility. Chalk one mystery down! 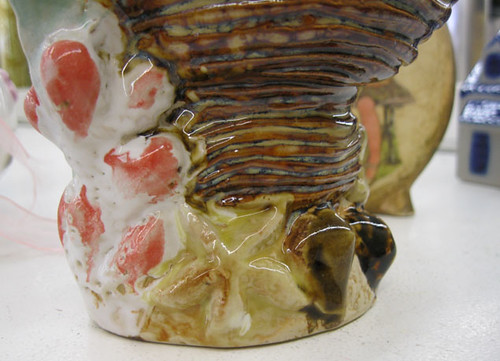 Mockery aside, I really am impressed by the detail of this piece, it’s just surreal, dream-scapey. It captures the idea of “excised from the bottom of a pastoral sea” (“pastoral” is accurate more to mood than geology in this instance), in its essential state, without actually making any damned sense in any representational mode. So I’m willing to accept that the red lumps crawling up its side are probably more the idea of sea life rather than any actual sea life. It gives it a sort of mythological quality.

But that being said, there’s something about this angle that concerns me. 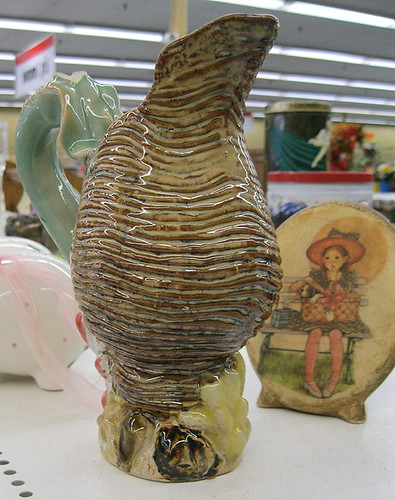 Maybe I’m reading too much into this, maybe I’m seeing things that aren’t there, maybe I’m just high on the fumes from the 20-year-old potpourri a shelf over, but this looks a little…biological. It’s probably just the angle, but there’s something here that reminds me that the Greek sea-god really, really liked bulls. I’m just saying. The poor thing has got to be at least a bit troubled by the weird blue loach and starfish, I would be. 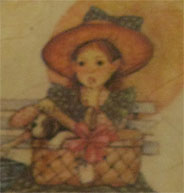 “We are not amused.”