Just…don’t sit on it.

You do have to step back and say “Just what message are we trying to send here?” Kids are young, impressionable things. Are we trying to tell them, “Love me, love my pig?” “You can never have too many hats?” “Just laugh it off, the skin condition will fade over time?” I don’t know. All I know is that even a five-year-old could call out this things deep, unconvincing wrongness. Don’t sit on it, the stain might linger. 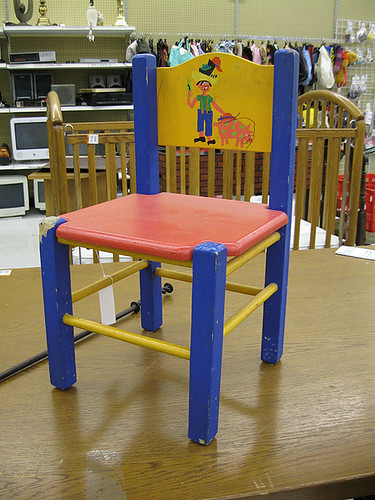 Much of the trulyscrewed-up stuff at our local thrift stores is literally home-made–made by someone’s grandma, made at school, made by a surly teenager. This, I don’t think so. It’s too intentionally hideous. It tells a story of faux whimsy, of discounted, mass-produced pseudo-playfulness. 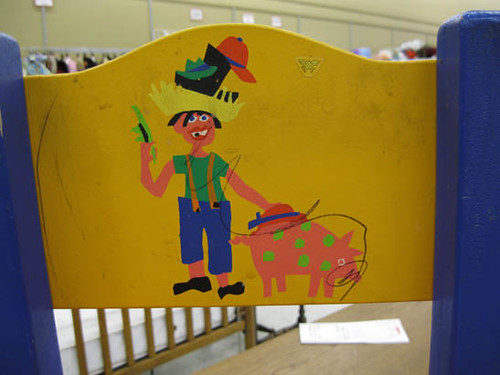 The recipient was not convinced, I think.

Let’s just dissect this for meaning. The hats…the pig…the hat on the pig…I’m not feeling it. The green fedora is kind of sinister, like sublimated gun-rage. “If you sit on me, the pig gets it.” The pig itself seems to be infected with green fungal growths, but perhaps it’s more surprised by suddenly wearing a bonnet, caught between a skin condition and an unexpected courtship. Life is cruel, when you’re a pig.

The multiplicity of hats is also a bit of a puzzle. 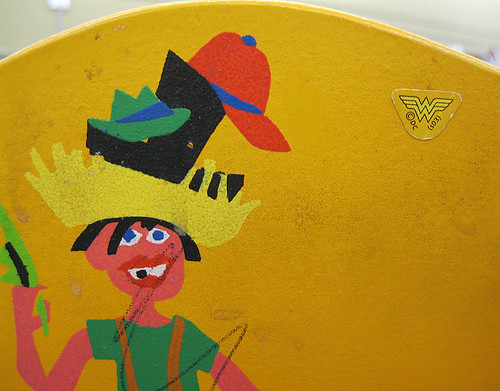 Ignore the fact that someone tried to macho up this one with a World Wrestling Federation sticker, it didn’t help.

Straw hat, stovepipe hat, green “hipster, please!” fedora, and then, as far as I can see, Ash Ketchum’s hat from Pokemon. Spotpig, I choose you! And the face–we’ve got some serious chemicals going on. We’re talking “Higher than Carrie Fisher on Life Day” here. We’re on a “six hats, paint the pig green” trip, and there’s no coming down off that sort of thing gently. The last time–the time we beat the living shit out of an Abraham Lincoln impersonator, lost two teeth, and got a “Moe Howard” haircut, that time we didn’t come down until we’d painted racing stripes on the goat. And we’d do it again, hell yes. We’re painting the livestock teal, motherfucker. 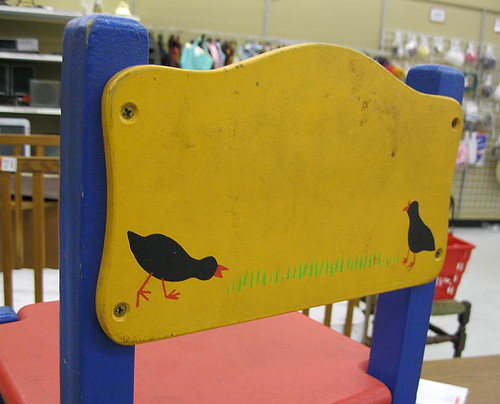 On the back, birds play innocent, and think about eating grass. They are still their natural color, but like the protagonist of a Tom Waits song, are howling at the heavens and are missing at least one eye. At least they haven’t got hats.