And then the screaming began 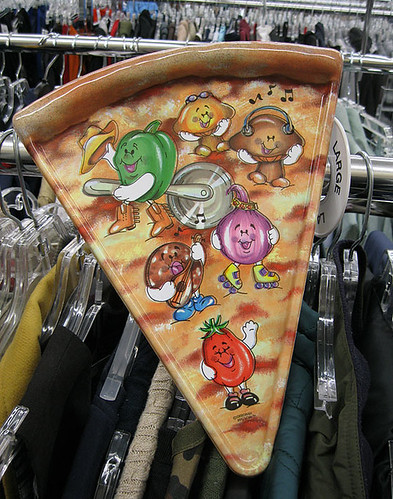 This photo was taken just moments before the carnage began. It was a happy community. When we were first baked, we really came together. Yeah, your roller skates got kind of tangled up in the cheese, and maybe there were…mushrooms…on the north side of the neighborhood, but it was an affordable place to live, and if that meant sharing the wedge with some mushrooms, maybe that’s okay.

Don’t look at me like that. We’re a tolerant slice. I mean, when Onion shacked up with Pepperoni, we were there for them. The rest of the world would judge, but if you can’t count on your neighbors, well, pizza’s not worth living. I don’t exactly know what she saw in him–he was a meat product, after all–maybe she just fell for a young musician. It happens. And he played a good balalaika.

I’d say we were probably too tolerant, if anything. But hindsight’s always 20-20, isn’t it? Bell Pepper seemed like a nice enough guy. He was…kind of special, in a Saturday Weekend Special way. If you gave him $5, he’d water your lawn, pick out all those damned olives that kept sprouting up during the summer, maybe he’d even edge your crust a bit if you were nice to him and if he remembered.

Nobody knows where he got the slicer.