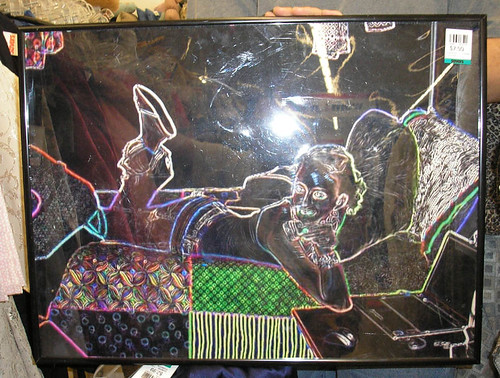 Hard to get a good shot of this, because of the large size of the picture. But with the high-rez shots from my Canon 300 and exhaustive analysis by the BITS (Bureau of Investigating Thrift Stores, they STILL haven’t replied to my application) we can only conclude that this is an authentic, unedited photograph.

That’s right. Girl Power is actually a powerful energy source, and under the right circumstances girls emit a visible radiation that can cause severe mutations. After being used as a source of Girl Power for Justin Bieber’s 2009 “Urban Behavior” tour, the subject of this photo was visibly showing the tells of extended bangle-wearing, accessorizing, travelling in small animated flocks, and nearly toxic levels of early adolescence. 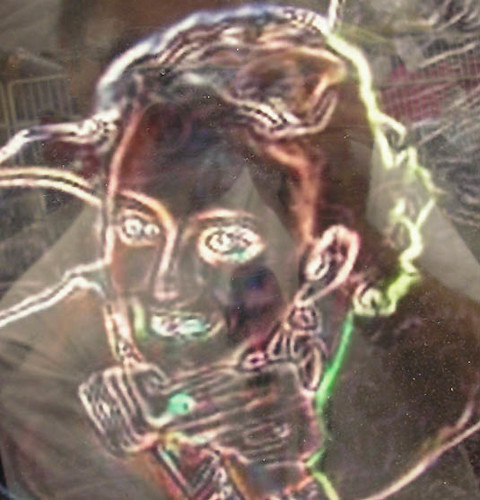 Use of Girl Power at Bieber’s three month “My World” tour will be limited to his American tour dates, as Canada is investigating the mutagenic waste by-products of this dangerous, endlessly renewable and strangely pink energy source.