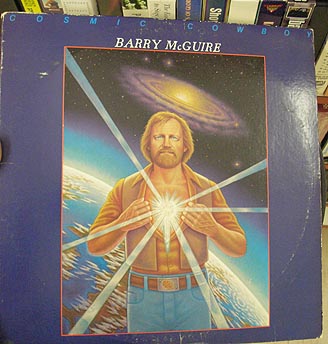 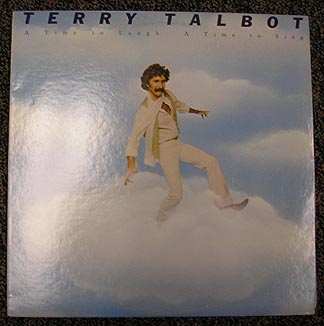 Why doesn’t everybody worship Barry McGuire? I mean, really, light streams forth from his sacred heart. I imagine song #8, “Good News Shoes,” actually healed the lame, just so they could shuffle around (until the needle skipped and they spasmed arhythmically to Barry’s repetitive croon.) This is a Christian record, probably intended to draw people’s attention to the Lord–but we know who our real savior is.

Terry Talbot is Christian music legend John Michael Talbot’s brother. Weirdly, I got to hear this guy live in concert, he plays a mean conch. And I wouldn’t be surprised if he actually could scamper through the clouds. It’s gotta be the shoes.